Ways to British Up Your Christmas Holiday 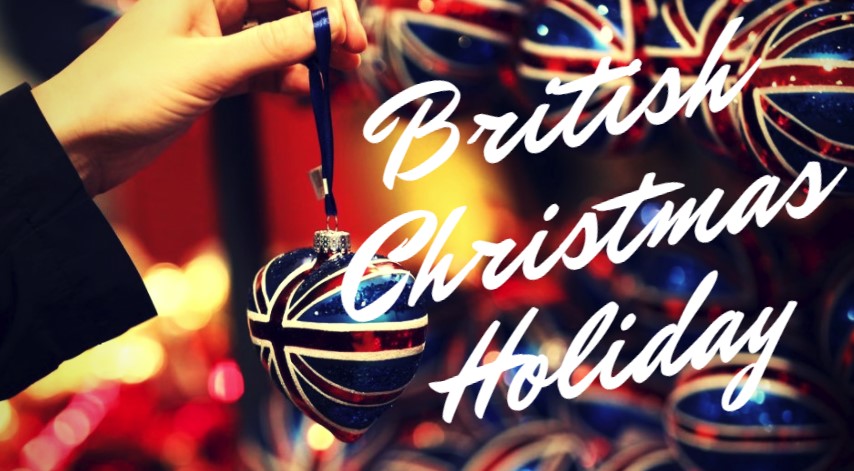 Advent is widely acknowledged as the start of the Christmas holidays in the UK. It is acknowledged by an advent calendar, a thin rectangular card with doors are numbered 1-24, with door 1 opened on 1 December, door 2 on 2 December etc. Traditionally behind each door is a Christmas scene, though now many have chocolate or other treats (including gin) behind each door.
An Advent candle is also lit. This has 25 marks on it and from 1 December the candle is burned down by one mark each day. The alternative is to light one candle on each of the four Sunday’s before Christmas. The candles are often placed on a wreath on the dining room table with a final central candle lit on Christmas Day.

Christmas holidays in the UK place less emphasis on Christmas Eve than in other countries. Christmas Day is considered the most important day, with the eve spent carol singing, attending midnight church services and going out for a drink. In many cases people will do all three.

In Britain it was during the reign of Queen Victoria that Christmas became a time for gift giving, and a special season for children. The tradition on Christmas Eve, and very important to young people is that Santa Claus or Father Christmas comes visiting. Santa, having created all the toys in Greenland and put them on his sleigh pulled by a team of reindeer, led by Rudolf, the red-nosed reindeer. Santa visits every home and leaves presents in Christmas Stockings whilst the children sleep. Santa is usually welcomed to each home with mince pies, sherry or milk. In the morning when the children wake up they see the food has been eaten and the drink gone and open their stocking presents.

The newest tradition for the Christmas holidays in the UK began in 1932, with the British monarch’s broadcast on Christmas day. King George V was the first to broadcast a Christmas Day speech, written by Rudyard Kipling. In England most people watch or listen to the Queen’s Christmas Day message.
Boxing Day – December 26th

In England Boxing Day was traditionally a time to give gifts to tradesmen, servants, and friends. The name comes from the remains of huge Christmas feasts of wealthy people being boxed up and given to servants. Today, Boxing Day remains a public holiday with banks and offices closed, but most shops open.

The Twelve Days of Christmas

December 26th to January 6th marks the twelve days of Christmas and a time for merry making and family gatherings. All decorations in celebration of Christmas should be removed on January 6th, it being considered unlucky to keep them displayed past this date. 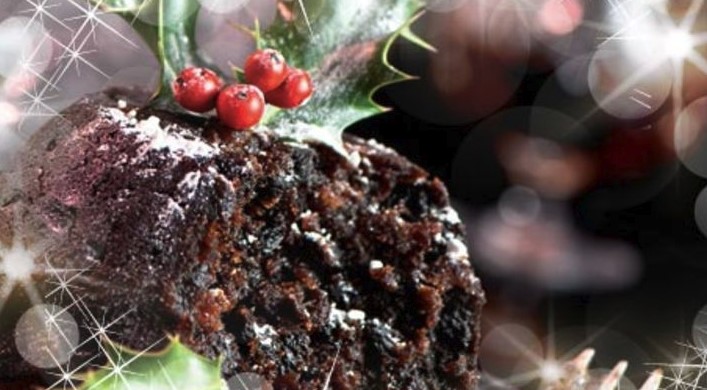 Christmas holidays in the UK have food and beverages as a central focus. Since Victorian times roasted goose or roasted turkey was the traditional meal served with potatoes, vegetables and stuffing with gravy and bread sauce. This is usually followed by Christmas pudding, a rich fruit pudding that is very dark and made with dried fruits, nuts, spices, black treacle and sherry or brandy that is served with brandy sauce or brandy butter.

Christmas cakes, usually made six weeks before Christmas, are also very rich and dark and contain dried fruit, almonds, glacé cherries, candied peel and black treacle. They are covered with a layer of almond paste and thick white icing made with icing sugar and egg whites.

Like many UK Christmas customs, gift giving has its historical origin in an ancient pre-Christian tradition to please the Gods after harvest. The practice was shunned by early Christians as a pagan practice, but became popular again in the middle ages though these were trinkets or gifts of song. Today, traditional Christmas gifts include luxury chocolate, jewellery for both men and women, a calendar in preparation for the new year ahead, mulled wine which can be given on its own or as part of a Christmas hamper that holds a range of food and beverages, though many now specialise in one area such as cheese, alcohol, sweets etc.

Along with an evergreen Christmas tree, holly, ivy and mistletoe, a lot of other materials are used to decorate a home for a British Christmas. Inside the house you will typically find garlands, fake snow, nativity sets, candles, window decorations, and dozens of Christmas cards.